U15 PlayStation Schools Cup for B Teams Match Report

Last year’s semi-finalists Parmiter’s School hoped to take their recent good league from into the PlayStation Schools’ Cup as they travelled to Weydon School for their 3rd round clash. 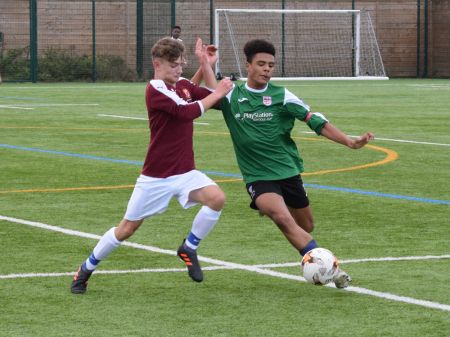 Parmiter’s got the better of the early exchanges but could not convert periods of purposeful possession into any meaningful chances. As the half progressed, Weydon grew into the game posing a serious threat, particularly on the counter attack and despite creating the better opportunities of the two sides also failed to capitalise before the break.

Weydon started the brighter of the two sides in the second half and were rewarded early on when a quick break down the left provided the opening for them to slip the ball under the on-rushing David Abraham in the Parmiter’s goal. 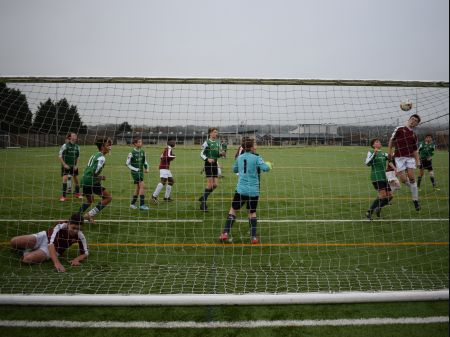 Parmiter’s responded well and had their best period of the game, creating a number of chances, the best of which cannoned back off of the cross bar from a fierce Martin Kowalik strike. Parmiter’s continued to press, earning themselves a wave of corners that were resolutely defended by the Weydon back line. With two minutes of injury time already played, Weydon repelled yet another dangerous attack and must of felt that the job was done as the ball was cleared from the penalty area. The ball however, fell to Parmiter’s ‘super sub’ Mitchell Johnston who, 25 yards from goal unleashed a thunderbolt into the bottom corner to send his team mates into jubilant celebrations.

Parmiter’s nerves were settled somewhat early in extra-time when a whipped delivery from Alfie Fitzpatrick evaded both the Weydon centre half and Parmiter’s frontman Kisakye Busuulwa before nestling into the bottom corner. A scrappy finale ensued with Weydon carving out some good chances towards the end that were snuffed out by some determined defending from the Parmiter’s back four, who deservedly held out to preserve their narrow advantage.

Parmiter’s now travel to Samuel Whitbread in round 3, hoping for a repeat of the 3-1 victory they secured there in last season’s PlayStation Schools Cup. The ESFA would like to congratulate Parmiter’s on progressing into the next round. . We would also like to congratulate Weydon School on their efforts this year and wish them luck in the competition next season.

Match report submitted by Mr B Hughes of Parmiter’s School