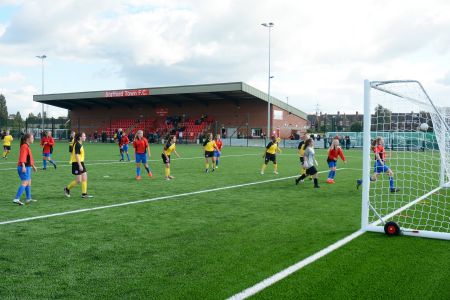 The ESFA will end Girls’ Football Week on a high while continuing the search for the ESFA Girls under 15 International Squad.

Trials will continue this weekend when trials are held at Thatcham Town FC, Berkshire and Stafford Town FC, Staffordshire on Sunday 12 November. Fitting perfectly into the last day of this year’s Girls Football Week celebrations and showcasing some of the best female footballing talent in England.

These trials are the second opportunity for the girls to impress selectors during the English Schools’ FA’s International process. All the girls taking part were originally selected by their County to trial for International Duty, and following four regional trials which took place nationwide on 8 October, selected players will now progress to this weekend’s regional matches.

The two regional trials will take place this Sunday from 2pm at Thatcham and Stafford, full details can be found below. Girls that successfully complete this penultimate stage of the process will progress to the final trial of the season, where a ‘Northern’ and ‘Southern’ team will be fielded against each other. This match is scheduled to take place on 10 December, at Stafford Town FC. 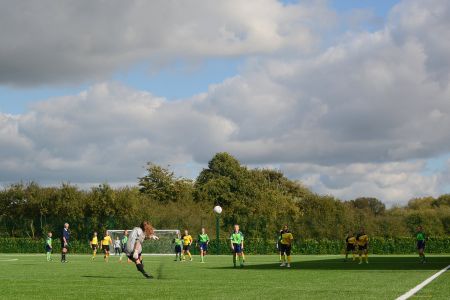 The standard at trials have been notably high in recent years with a number of players progressing to WSL careers and further England youth caps. Former ESFA Under 15 star, Ellie Brazil made nine WSL appearances for Birmingham Ladies FC before moving to Fiorentina Women’s FC. She has also been called up to the England Women’s Under 19s’. The 2012/13 ESFA Under 15 captain, Georgia Stanway, has also risen to prominence in women’s football, going on to play for England Under 17s and Under 19’s, breaking into the Manchester City Women’s first team, winning the WSL league title and FA Cup as well as being nominated for the 2016 Young Sports Personality of the Year.

The ESFA are looking forward to welcoming back all participants to this year’s trials and wish all the girls the very best of luck in their footballing pursuits in the 2017-18 season.