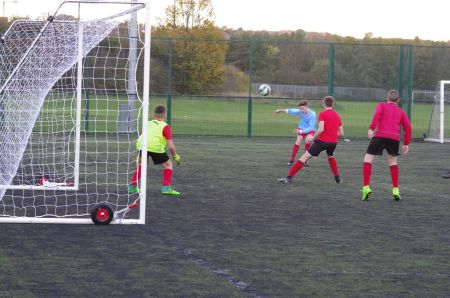 In a close and hard fought first half, Kepier had large periods of possession, but struggled to find a breakthrough due to some excellent and spirited defending from Whickham. However, after 15 minutes of play a lovely through ball found Max in space just inside the penalty area, and an excellent strike saw the ball nestle in the bottom right hand corner of the goal.

Whickham continued to defend as a team, but the increasing pressure told as the first half was drawing to a close, with Kepier's second goal coming from Keallan.

The second half continued in the same vein, with Kepier having the bulk of possession. Inevitably, having spent the first half working so hard Whickham began to tire, and as space opened up Kepier ran in another five goals, from Lewis, Harry, Lucas, Harry for his second of the match and Dan.

Although the 7 0 scoreline makes it sound a routine victory, it was anything but due to the hard work of the Whickham team right until the final whistle.

Kepier now progress into the third round, and will take on Dyke House Sport and Technology College on Thursday 30 November.

The ESFA would like to thank Kepier School for submitting their report and wish both them and Dyke House luck in the upcoming third round fixture.