England U15 Schoolgirls Represent Their Country This Weekend 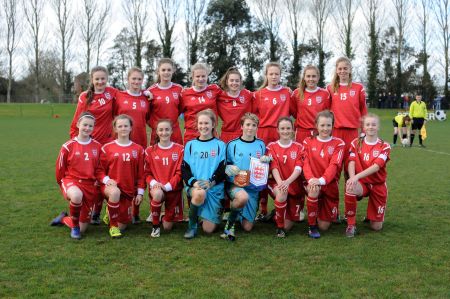 ESFA U15 Squad 2017 at their recent match in Ireland

FAI SCHOOLS will welcome their counterparts from England, Scotland, Wales and Northern Ireland to the impressive surrounds of the AUL Complex in Clonshaugh this weekend

The International tournament will cater for the best U15 Schools’ players in their respective jurisdictions. The four day event will kick off on Sunday evening, April 9 at 6pm. With the England contingent defending their title from 2016.

As host nation, the Republic of Ireland have invited club representatives Shelbourne Ladies to participate in this year’s event. Last season saw hosts Wales invite their younger age group (2001) to compete alongside their 2002 Select in Dragon Park. Similarly, a MGL Select participated in this tournament when FAI Schools last facilitated the competition.

This will be the fourth occasion for the FAI Schools Association to play host having previously catered for the event as far back as 2004 in Co. Clare when Scotland secured the title for a second consecutive year. Four years later it was the turn of Salthill Devon FC, Galway which saw Michael Gallagher’s Captain Olivia Smartt (Mount Sackville) lift the Cup for the Republic of Ireland.

As well as the Irish players donning the Irish jersey, it will be a massive occasion for Shelbourne Ladies, who will no doubt relish the opportunity afforded to them. The club have tasted recent success having captured the FAI Women’s U16s Cup last weekend with a victory over a much fancied Enniskerry in Home Farm FC, Whitehall.

Shelbourne Manager Casey McQuillan will opt for a new look side as he enters the contest with a select from 2001, 2002 and 2003 at his disposal. The club will have a series opener as they face defending Champions England on Sunday evening. The crunch encounter will provide him with an opportunity to assess his players on the big occasion before they take on Northern Ireland on Monday evening.

Wales will come into this tie with some notable players making a welcome return. Lucy Attwood played for their first team in Dragon Park last season with colleague’s Ellie Mai Sanford, Hayley Hoare, Grace Corne, Aneeka Bardsley, goalkeeper Deanna Lewis and Jasmine Simpson all featuring for their second tier squad and making the step up this season. Head Coaches Kat Lovett and Matthew Clement will be hoping that the girls can upset the hosts with a full three points to kick start their campaign on the right note.

Scotland would like to emulate the success that their U19s are currently having at the Elite Phase in Limerick when they enter the fray on Monday evening against the Republic of Ireland. The squad have been selected since January and have enjoyed an excellent campaign thus far with a number of competitive friendlies under their belt as well as their annual trip to Jersey which reaped dividends for David Thomson’s charges. Mearns Castle High scholar Cara Henderson will make a return from their 2016 squad and will be one to watch out for come match day!

Defending Champions England will see Claire Robinson at the helm this season ably assisted by Stephanie Libby and the experienced Andy Williams. The well-polished unit enjoyed a training camp in Porto this season as well a number of competitive outings against some top class opposition. Their preparations were hampered slightly by the late withdrawal of Molly Bull due to injury which will see only 15 players make the trip to Dublin.

Northern Ireland will make the short journey South to Dublin with a startling six squad members making another appearance at the Bob Docherty Cup as Leah McAvoy, Joely Andrews, Carla Devine, Aimee Lee Peachey, Rachel McLaren and Jessica Magee all feature for Gail Redmond’s side. The Northerners will have an opportunity to review the Shelbourne crew on Sunday before they feature against them on Monday evening. The next test will be England on Tuesday afternoon before the play-off’s Wednesday morning.

The Bob Docherty Cup is always highly contested with some very close calls in recent years. The Republic of Ireland just missed out on the silverware last season as England’s Holly Manders’ second half strike was the only difference between the two sides. 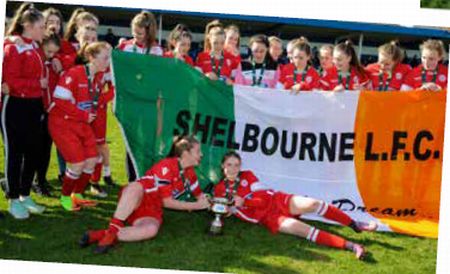 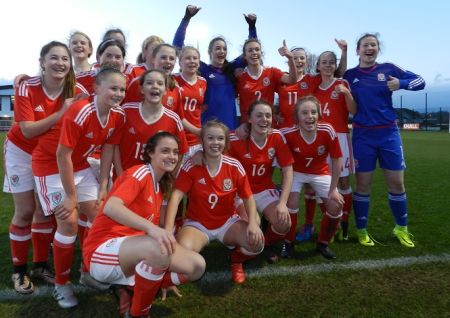 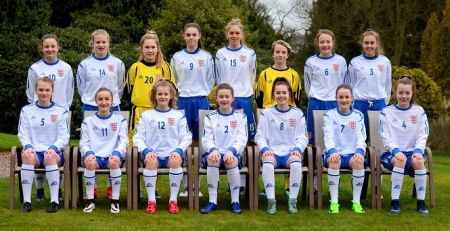 All fixtures will take place at the AUL Complex, Clonshaugh

The ESFA would like to wish the very best of luck to our U15 girls this weekend and we will keep you updated via Twitter across the events.