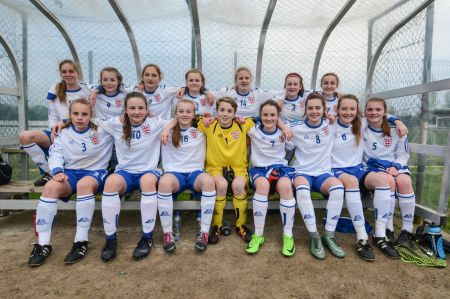 England Under 15 girls kicked off their Bob Docherty Cup campaign with a shoot-out victory over the tournament guest Shelbourne Ladies. 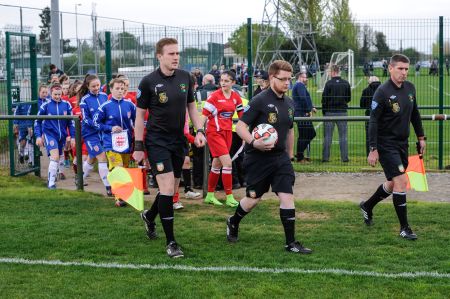 England began the game on the front foot and that is pretty much how the entire first half panned out - England pressing against a well organised outfit who were determined to keep the holders at bay.

Early on, Deearna Goodwin and Sophie Peskett were looking dangerous and causing the Shelbourne full backs problems on flanks and Jessica Brown looked lively upfront, being denied by the Shelbourne keeper who bravely gathered the ball when Brown looked through on goal and, when Brown did nip in to take the ball round the keeper later in the half, there was nobody in the middle to take advantage of a tempting ball across the box.

England were unable to take advantage of a succession of early corners and clear opportunities were few and far between with McQuade stabbing the ball wide from one corner and Goodwin seeing her header fly just over the bar being the closest England came in the opening half.

Shelbourne keeper Jodie Leavy saved from Georgia Brown who shot from distance and also denied Goodwin close to half-time with a save at the near post - and with Lucy Williamson in the England goal having only one touch in the first half, the only question was whether the Three Lions could forge a breakthrough after the break. 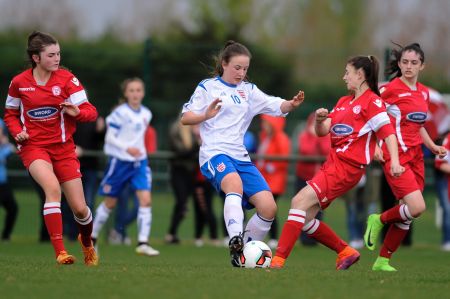 The second half saw little difference in the opening stages with Shelbourne again chasing, closing down and generally making like difficult for England in terms of creating goal scoring opportunities but England continued to press with Georgia Brown’s blocked shot and Jasmine McQuade’s effort from the edge of the box late on not enough to open the scoring.

Sophie Peskett almost took advantage of a moment’s hesitation between keeper Leavy and Nicole Keogh at the back for Shelbourne but she poked her shot just wide.

Credit to Shelbourne who, despite being on the defensive for most of the game, stuck to their game plan and never gave England time or space to create enough clear opportunities and with the Shelbourne keeper Jodie Leavy a solid presence, organising her defence and sweeping up any loose balls and claiming any set piece that came within 10 yards of the goal - and with England limited to long range efforts to break the deadlock the game petered out to a goalless draw. 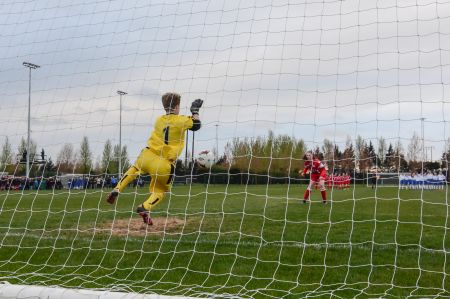 The ensuing penalty shoot-out saw England more than clinical with all 4 spot kicks that were needed, Gemma Lawley, Abigail Fenton, Jessica Brown and Jasmine McQuade confidently hitting the net from 12 yards and with Lucy saving two Shelbourne spot kicks, England left with some consolation after an afternoon of frustration.

While Shelbourne were happier with the result at full-time, England can be pleased with their efforts today on the back of a day of travelling since the early hours for most players, the only thing missing was that cutting edge in the final third and with Northern Ireland their next opponents on Tuesday, Monday gives the squad time to rest and work to put that right. 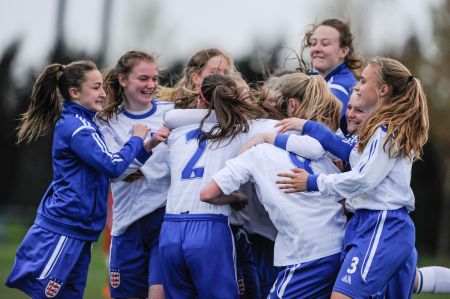