The final 32 boys in contention for the Under 18 International squad met up for their final chance to impress this weekend at Lilleshall National Sports Center. The camp began on Friday afternoon with a training session to allow the players to meet their teammates. 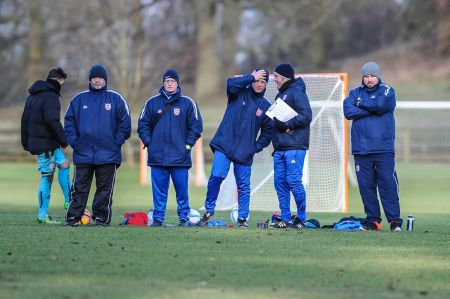 On Saturday the boys were met with a stern test of their international credentials. The squad played two matches against the RAF and the Royal Navy.

The opening game of the last 32 trials weekend saw the England hopefuls don the new blue away kit and face the Royal Air Force on a wet and slippery pitch on a cold Shropshire morning. 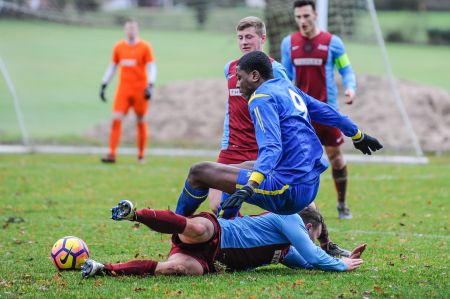 However, the home side were quick out of the blocks and it was Annointed Chukwuwho slotted past the RAF keeper to put England 1-0 ahead, a cool finish into the far corner from just inside the box.

The home side doubled their lead later in the half when local lad Harvey Howell was first to react after the RAF keeper blocked his initial goal bound shot to head home from a narrow angle and put England 2-0 in front. 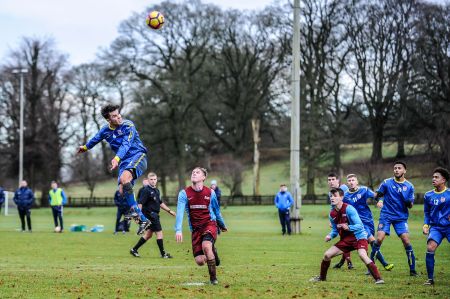 Despite being 2 goals down there was a determined nature about the RAF’s play and they took full advantage of multiple substitutions at the heart of the England defence later in the half with their centre half heading home from a corner to bring the score back to 2-1.

The second half became was a scrappy affair with England facing a physically strong opponent and struggling to impose their style on the game and the RAF came closest to scoring with two long range efforts off the outside of the post denying them an equaliser.

All in all a tough test for the youngsters with some good performances despite the team unable to maintain their bright and positive start and a morning that will certainly have given food for thought for the selectors. 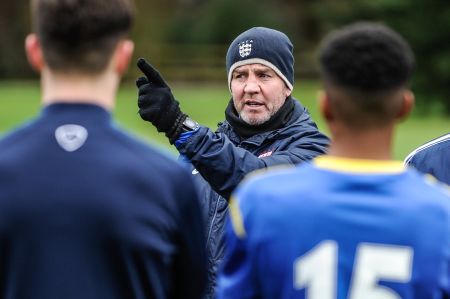 In stark contrast to the game this morning, the afternoon fixture was played at a much higher tempo with England dominating the game from the get go.

Jack Butler, a member of last season’s squad, went close twice early on with one effort coming back off the post as his determined runs were causing all sorts of problems for the Navy centre halves. 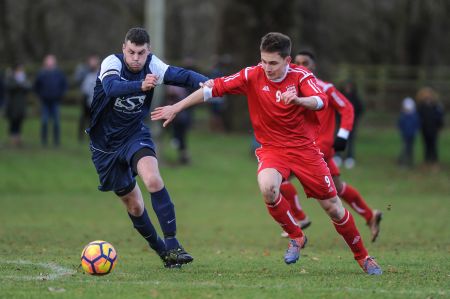 David Neligwa eventually put the home side in front, firing home from 12 yards and shortly after it was Alex Doyle who headed home the second, a free header from a corner that he took full advantage of.

Despite a determined approach from the visitors, they were struggling to create any clear cut chances with the England midfield and defence standing firm and the second half saw the home side romp home with late goals padding the scoreline as the visitors began to tire. 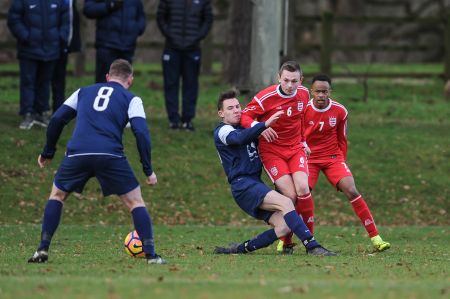 Billy Hall’s penalty after he had been fouled by the keeper along with a couple of King Baidoo goals put England well in command and it was left for Robert Deda to fire in a fine strike from the edge of the box to complete a dominant performance overall.

Special thanks to both the RAF and the Royal Navy for providing tough opposition for the youngsters and playing a key part in the final selection process and we wish them well for the rest of their season. 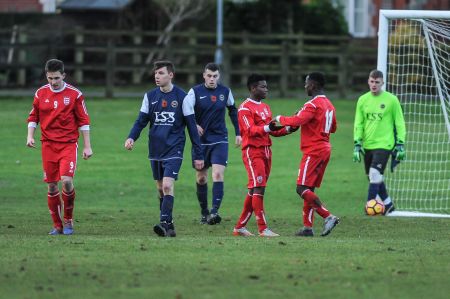 The level of performance shown in both matches shows the desire of the boys to represent their country. The victories and performances accompanying them were noted by the management as well as the eagerness of players to learn and development in the post-match reviews and training sessions.