Back to the future for Ashley Young

Turn the clock back to four years ago and Manchester United star Ashley Young was supporting the first-ever roadshow for the ESFA PlayStation Schools’ Cup. Ashley Young is currently having one of his best seasons in a United shirt, so it was the perfect time to invite him back to support another school visit. This time it was pupils at Parrs Wood School in Manchester who got to spend time with the star guest. 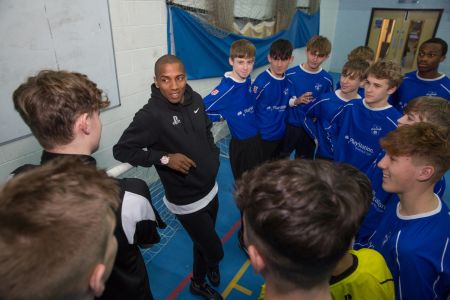 Ashley Young, whose fantastic form has recently earnt him a recall to the England squad, started his visit with a fascinating insight into life as a professional footballer during the Q&A session. You could hear a pin drop, as over 50 pupils listened in. Some of the stories the Reds Devils wing-back revealed included how his strikes in the 8-2 win against rivals Arsenal were his favourite goals and he reluctantly admitted that out of all his team-mates - Jesse Lingard has the best goal celebration. Young went on to explain that during training Anthony Martial is the king of nutmegs and Barcelona forward Lionel Messi is the toughest opponent he has ever faced. 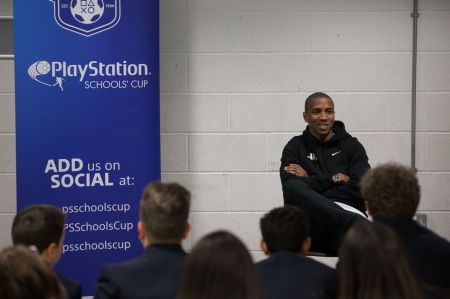 Ashley Young passed on some advice to the Parrs Wood School Under 15 boys team, before challenging one of the pupils to a game of FIFA 18. Young also enjoyed his selfie session with pupils, which is now becoming one of the most popular parts of these regular Premier League player school visits, supporting the biggest grassroots football competition in the country.

Ashley Young was not the only star name you could spot at Parrs Wood School. Soccer AM’s popular Tubes attended the event to help launch his new YouTube channel by creating a special video with the Manchester United ace. 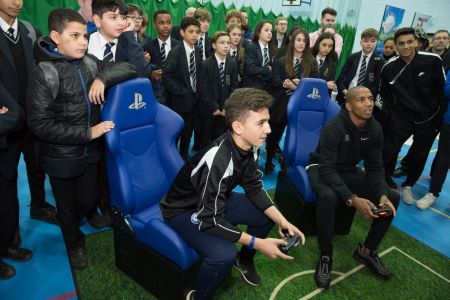 We would like to say a big thank you to Ashley Young for being an amazing ambassador and extend our appreciation to Parrs Wood School for helping make the fifth PlayStation Schools’ Cup roadshow of the season such a memorable occasion.