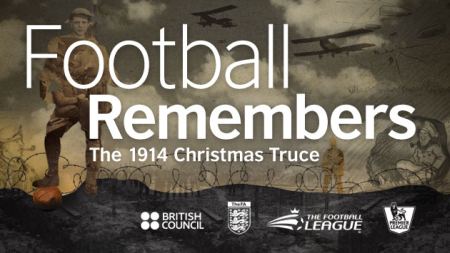 Inspired by the British Council’s Football Remembers campaign, Archbishop Temple School in Fulwood, Preston commemorated the event of the 1914 Christmas Truce by staging a re-enactment of the historic event.

The event was preceded by a question and answer session with three Preston North End players, team Captain Tom Clarke, David Buchanan and Keith Keane; who answered questions from both pupils and teachers on their careers and on being part of the Preston team. 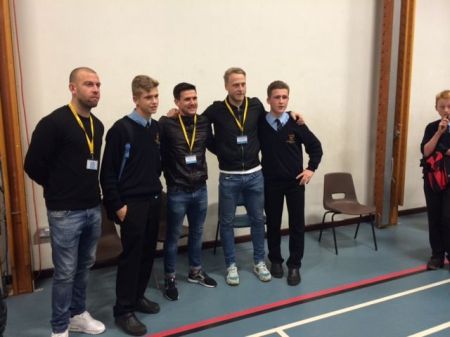 Following the Q&A, staff, students and guests headed out to the school’s tennis courts, where pupils and teachers had worked tirelessly to recreate the WWI scene of the truce, complete with trenches, crosses and a band of students to play Silent Night and The Last Post. The football match completed the re-enactment, with the two teams of German and English soldiers coming together, as history tells, to play a game against each other on Christmas Day 1914. 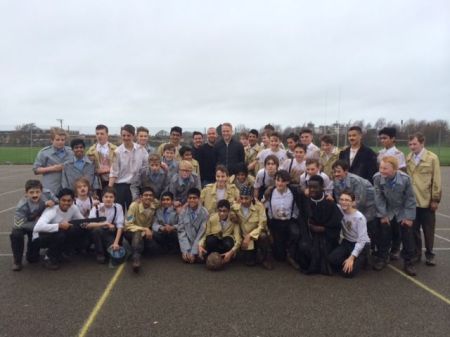 Sarah Kearney was lucky enough to represent the ESFA at this event and would like to not only thank Archbishop Temple School for allowing us the opportunity to get involved with such a lovely event but also Preston North End for kindly allowing their players to attend and support the school with their efforts.

The full story with all photos and videos will appear on the ESFA website just after the New Year, in celebration of the Football Remembers events that have taken place this month, marking the centenary of the Christmas Truce.

You can see all the photos taken by the Lancashire Evening Post here.