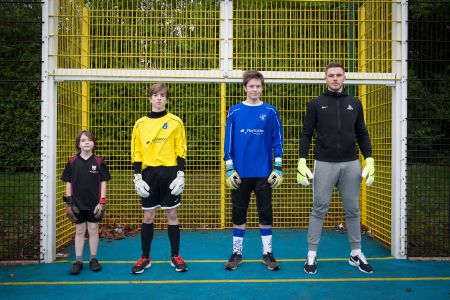 Ahead of tomorrow’s 7th PlayStation Schools’ Cup Tie of the Round event in Carshalton, we are pleased to report on the recent success of the sixth TOTR event, which gave Newcastle Academy children and staff a fantastic experience with giant England and Stoke goalkeeper Jack Butland supporting the competition.

The 22-year-old visited Staffordshire school Newcastle Academy just a day after being between the sticks in the Potters’ 2-0 win against Sheffield Wednesday, which booked them a place in the last four of the Capital One Cup. 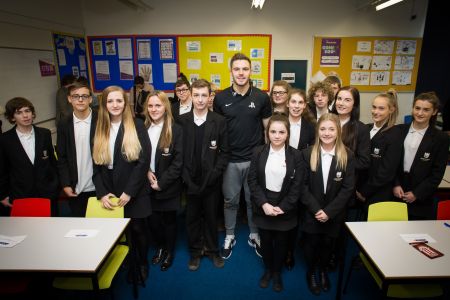 On an overcast day, Jack supported a number of activities at the school including a masterclass for Sky Sports Game Changers with three of Newcastle Academy’s budding goalkeepers. He also answered questions specially prepared by a Year 10 PE class including his best mate at Stoke and his experience of the London 2012 Olympic village with Usain Bolt.

Jack also dived in to Newcastle Academy’s pre-match warm-up and featured in the team line-up of photos of both the home team and opposition school Clayton Hall Academy. 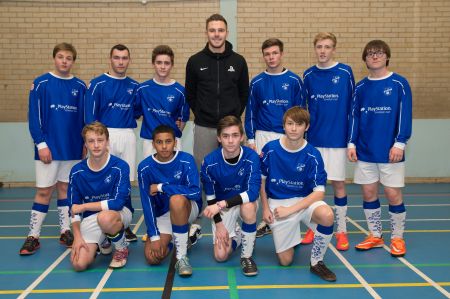 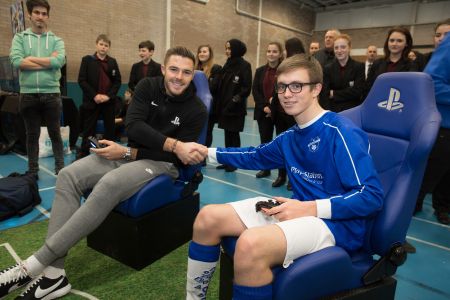 Pupils also got active with some special drills laid on by English Schools’ FA-organised coaches on the astro turf, giving a nice variety to their usual day and PE lessons.

We would like to thank Newcastle Academy for being amazing hosts of the event, as well as Jack Butland for being a fantastic ambassador for the PlayStation Schools’ Cup!