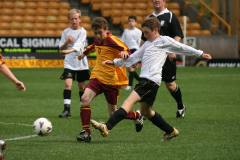 Teachers in charge of school / college teams will receive the Competitions Directory through the post during the first week of term in September.

The Competitions Directory contains essential information such as; rules, cup draws, advisory documents, disciplinary procedures and contact details for each team. Extra copies of the Directory can be purchased from ESFA HQ by sending a cheque for £5 made payable to the English Schools’ FA.