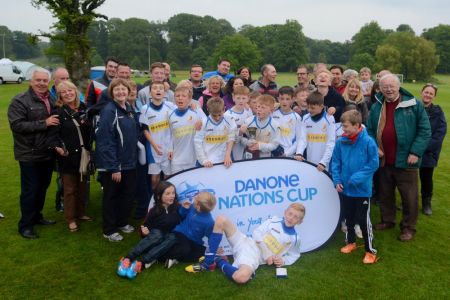 Leeds SFA Win the Danone District Competition & Will Represent as Team England in Morocco this October!

Saturday 13th June marked the staging of the 2014/15 ESFA Danone Nations’ Cup U11 National Finals, at the Lilleshall National Sports Centre, where the ESFA team and Danone were joined by former England and Liverpool star, John Scales as the competition ambassador. The relentless rain did not stop the 32 competing teams from pulling out all the stops to try and become National Champions in each of the four individual competitions, Small Schools’, Girls’, School Teams’ and Inter District. 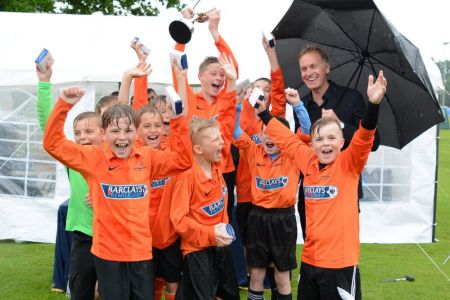 Thank you to all the other competing teams in the Schools’ Cup competition this season, who’s hard work paid off in allowing them to be part of such a fantastic National Final: Barlby Community Primary School, Fairhaven Primary School, St Patrick’s Catholic Primary and Budbrooke Primary School. 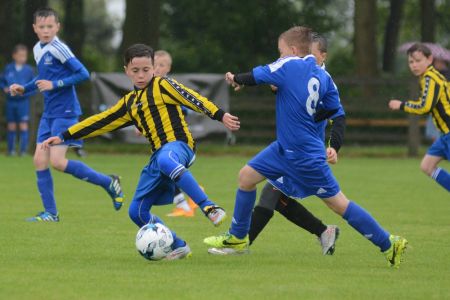 Thank you to all other competing teams in this competition, who’s hard work paid off by allowing them to be part of these National Finals: St Edwards RC Primary, St Joseph’s Junior School, Immaculate Heart of Mary Catholic Primary School and St Boltoph’s School. 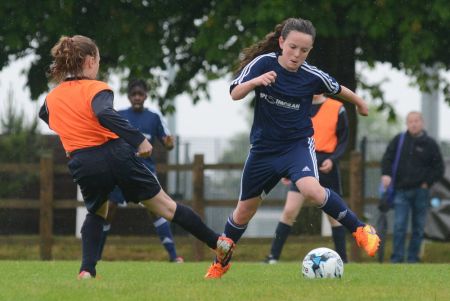 After competing in the group stages, Liverpool SFA found themselves playing Barnet SFA in semi-final1 and Leeds SFA playing South London SFA in semi-final 2. After beating Liverpool SFA 1-0, Barnet progressed to play in the final against Leeds SFA, who beat South London 1-0. The final score left Leeds SFA triumphing as District Cup Champions after defeating Barnet 1-0. They will now be preparing to fly to Morocco in October to represent as Team England at the Danone Nations’ World Cup!

Thank you and well done to all other teams that competed in this competition. The high standard and quality of play throughout the District Finals was clear to see: Bath SFA, Redditch SFA, Jersey PSFA and East Riding SFA. 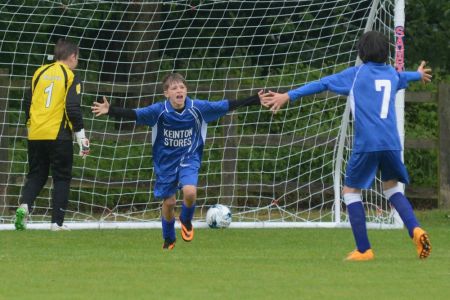 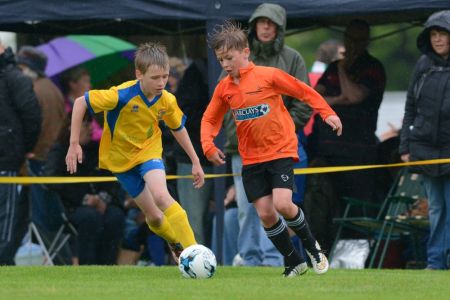 Danone will be organising local celebrations for the winners of the Schools’, Girls’ and Small Schools’ competitions and preparations are already underway for the Danone Nations' World Cup which Leeds SFA will be attending in October in Morocco.

Thank you again to all the teams that have entered into the competition this year, who have helped to make it such a success throughout the season. Thanks again to our sponsors, Danone and our friends at Lilleshall NSC and finally to all the supporters of the teams in the National Final on Saturday. The atmosphere was wonderful and helped to provide a great experience for the children who have worked so hard to get to this stage.

Photographs of the event will be available via Three5Three Photography, to be added to the mailing list please email Garry Griffiths.

Some matches were also recorded by Film My Match. Details will be made available of the footage captured from the event.