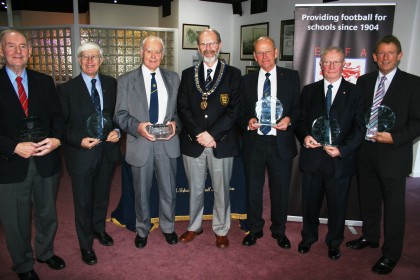 The following were presented with Long Service Awards on Friday 23 November 2012 at Villa Park, in recognition for the distinguished service given to Schools’ Football:

(Number of years’ service in brackets)