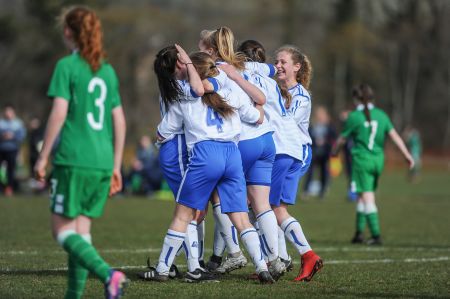 England's girls put in a heroic performance in the Bob Docherty Cup Final this afternoon, falling to a late Republic of Ireland goal to deny them the opportunity to win lift the trophy they won in Wales two years ago.

With the Republic the favourites having scored ten goals in their previous two fixtures and won 3-0 when the sides met in the John Read in Trophy earlier this month, they were second best in an impressive opening 30 minutes from the English girls.

Kiya Webb barely had a touch of the ball in the England goal as the Republic were pushed back with Emily Atkinson causing them problems on the left wing and Alyssa Mae Aherne winning everything in midfield.

Lydia Hudson almost opened the scoring when the Irish keeper failed to deal with a backpass but despite blocking her attempted clearance the keeper recovered to collect the rebound.

However, England went into the break deservedly in front when Aherne fired in a shot from the edge of the area that was blocked by a defender but Hudson was on hand to drill the ball home from 12 yards to nudge them ahead. 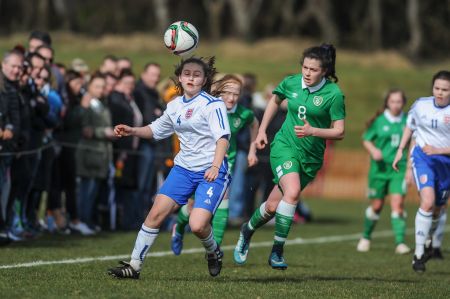 After the break the Irish stepped up a gear and were on the front foot from the get go but heroic last ditch tackles from skipper Amber Treweek and Libbi Mae McInnes kept clear chances to a minimum.

However, just as it looked like the Irish would be denied, they equalised with a shot out of nowhere from the edge of the box into the far corner leaving the impressive Webb stranded.

Both sides were battling for every ball in an absorbing contest but just as it looked like penalties may be needed to separate them the Irish struck with a headed goal to break England hearts.

There was still time for England to draw level but despite throwing bodies forward and matching their opponents for effort they were unable to grab an equaliser and they were grateful to Webb with a late save to prevent a third Irish goal.

Despite the defeat the girls can be rightly proud of their achievements and development throughout the tournament and pushed the Republic all the way in an impressive final performance so they will fly home with their heads held high.

Thanks again to the parents, management team and supporters for backing and supporting the girls this week and we wish the players all the very best as they continue their football journey.

The ESFA would also like to thank our official photographer, 353 Photography for attending the event and providing our match reports. Photos will be available to purchase via their website. 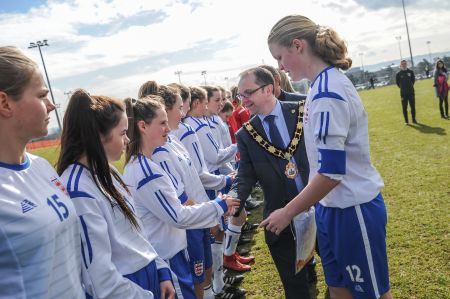