England Girls to Represent in Belfast 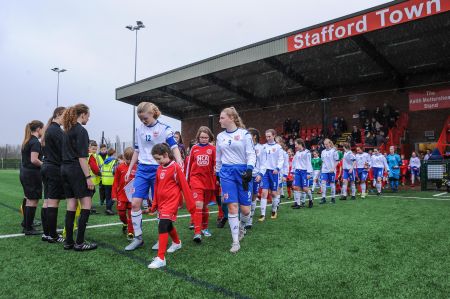 The ESFA U15 England Schoolgirls jet off to Belfast today ahead of the upcoming Bob Docherty Tournament.

The squad, who so far this season have enjoyed a weeks’ warm weather training in Eindhoven, courtesy of inspiresport, as well as competing against their counterparts from the Republic of Ireland in the John Read Trophy at Stafford Town FC, will today travel to Belfast for the final leg of their International stint.

The competition, which takes place over three days (24 – 26 March) at the University of Ulster, will see the England squad play against hosts, Northern Ireland, Scotland, Republic of Ireland and Wales in an attempt to try and regain the title previously held by the 2015-16 England squad members.

The ESFA will provide match reports and post updates online on how the squad do throughout the tournament – you can keep up with the action by following @SchoolsFootball on Twitter and checking the News pages of the ESFA website.

Official ESFA Photographer, 353 Photography will be photographing the action and pictures will be available following the event.

The ESFA would like to wish the very best of luck to all the girls taking part, but in particular our 2017-18 England Squad.