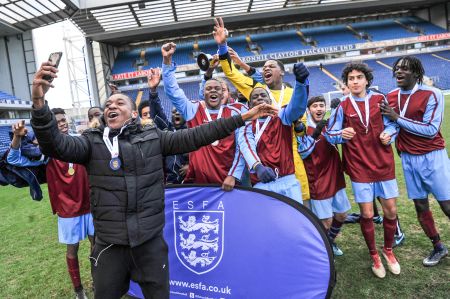 The final of the ESA Under 18 Colleges Cup was held this week (19th) at Ewood park, the home of Blackburn Rovers. The final would see Newcastle under Lyme take on St Charles VI Form College in a barnstorming game. Both teams came into the final off the back of very strong runs to book their place at the event. Newcastle had played a number of close and hard fought affairs to achieve their first ever final place, in their footballing history. Their opponents, on the other hand, had shown a real goal scoring touch in their run to the final. They scored 15 goals in their matches on their streak and managed to know out the reigning champions – Farnborough Sixth Form College – to qualify for the final.

The game opened tentatively with both sides looking to establish themselves in the match. St Charles midfield was the first to take control of the half through commanding play from Albert Davis. The side managed to keep control of the ball for a period but were being pressed by Louis Mercieca, who managed to create his own chance off this high press after 15 minutes by nipping in to steal the ball from the back line and break into a one on one. The St Charles Keeper, Muhammed Otuyo, was able to close down enough to get a clearance on the ball and set up a counter attack as the game began to open up.

St Charles were able to craft a chance after a skilful and direct run caused the Newcastle under Lyme defence issues as Youel Emmanuel beat three men on the right edge of the box and drove to the bye line before cutting the ball back to Meron Abraham, who saw his first time shot saved by Jacob Holding in the Newcastle under Lyme goal. Both teams looked to keep control of the ball with lengthy passing moves and short runs in the final third. Both teams would begin to work a network of passes from their midfield to their creative forces that managed to craft chances but were to be snuffed out before they could be cultivated. The first half would be close until the half time mark with the teams going in 0-0. 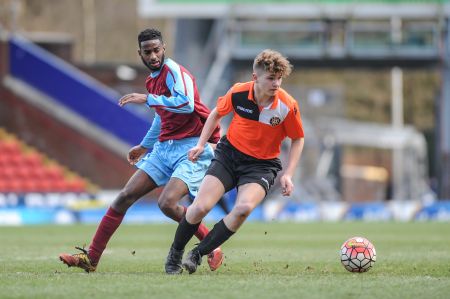 The sides would return from the half with a renewed sense of determination and verve. It would not be long after half time before the scoring would be opened as well. Newcastle under Lyme broke the deadlock through Harry Baggaley, who finished unflappably one on one with the goalkeeper following a deft through ball by ESFA Under 18 International David Neligwa. Newcastle followed up their goal with a second chance after as Tyler Savage worked the ball down the right and beat Tishayne Flemmings to cut the ball across goal, but there would be no one at hand to finish the chance. The prolific number of chances created in the opening minutes continued as St Charles worked the ball down the left hand side through Omar Ahmed-Stitou who cut inside on his right foot to rifle a shot from some twenty five yards into the top left corner of the net.

The Newcastle players had only just taken kick off before Samuel Florian won the ball back down the right and drove between two players, however he was taken down just inside the area. With all eyes on referee Darren Bond, the man in black pointed to the spot and gave St Charles the chance to take the lead. Omar Ahmed-Stitou put the ball on the spot and calmly scored into the bottom right after sending the keeper the wrong direction. The game would keep its passing rhythm as the teams battled for victory. The play from Newcastle was looking to work the ball down the right hand side and this proved fruitful, with less than ten minutes left of regular time. Tyler Savage managed to work the ball into a dangerous area on the bye line and cut the ball to Louis Mercieca near the penalty spot who threaded the ball to Harry Baggaley to place home his second of the day.

With the 90th minute coming and five minutes of added time to play, the game looked destined for extra time. However, the St Charles attack continued with their passing style and saw a well-rehearsed passing play give them a dying lead. Albert Davis hit a pass into Samuel Florian on the edge of the box who held his centre back off well and played the ball into the path of Omar Ahmed-Stitou to send the ball into the net and St Charles into the history books. 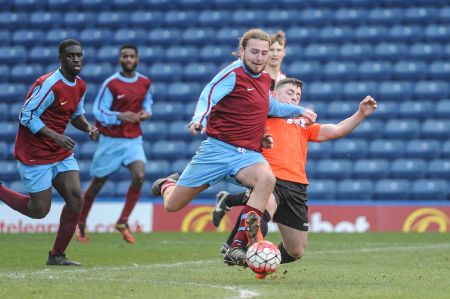 Finally, the ESFA would like to thank Blackburn Rovers FC for hosting yesterday's Final at Ewood Park. The match is available to watch back via the ESFA's YouTube Channel, ESFA TV and photos from the day will be available to purchase from 353 Photography.