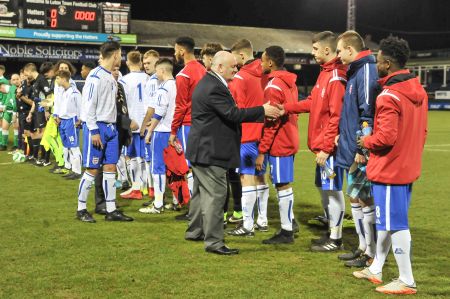 England kicked off their Centenary Shield campaign with a hard fought 0-0 draw against a strong Republic of Ireland side.

With a healthy and enthusiastic crowd at Kenilworth Road the game kicked off with both sides looking to attack with pace at either end sure to keep defences on their toes.

The Republic were first to threaten when Callum Coulter was forced to tip a free-kick around the post but England were almost gifted an opening goal when Emmanuel Ogunrinde just failed to beat the visiting keeper to a misplaced pass just inside the box.

Adam Crowther then prevented the visitors having a clear run at goal with a decisive block on the edge of the home sides penalty area but it was proving to be a testing evening for the home sides defence.

England were struggling to create a clear cut opportunity but Jack Butler was a constant menace and his run to the byline saw his cross cleared from inside the six yard box with Ogunrinde waiting to pounce.

Skipper Cormac Pike came close with a header from 8 yards out but his glancing effort was just too near the Republic keeper who gathered the ball gratefully. 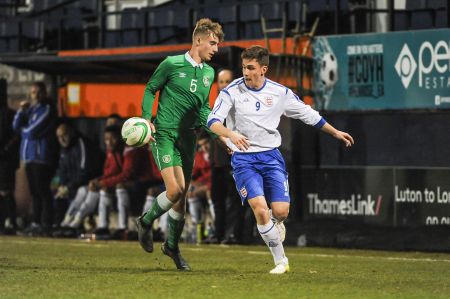 After the break it was the Republic who began to dominate the proceedings, they had already come close on a couple of occasions and had it not been for Coulter in the England goal then the result could have been far worse as he saved twice late on from close range to deny the visitors the points.

In truth the second half never really matched the opening 45 minutes for energy, the home side failing to create too many worrying moments for the visitors and with both keepers collecting any high ball into the box the chances were few and far between but the majority of them fell to the boys in green.

A point gained for the home side with the visitors certainly kicking themselves for not taking one of their late chances in a stalemate at Luton Town.

Thanks to everyone who came to support the boys tonight including a large travelling contingent from over the Irish Sea.

Next up for England is a visit from Scotland next Friday at York City’s Bootham Crescent before heading to Wales the following Thursday. 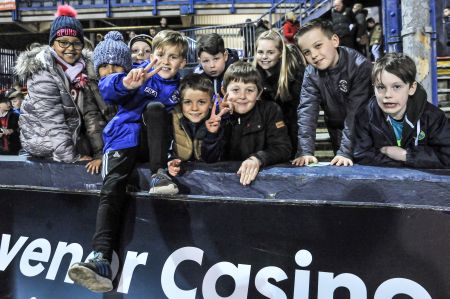