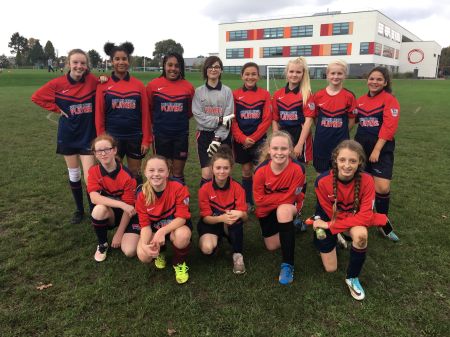 Oasis Academy Mayfield U13 girls moved in to the third round of the national cup last Thursday evening after an action packed match versus Emmanuel Middle School.

The first half started at a high intensity with Oasis Academy Mayfield stunning their visitors gaining a two-goal lead in the opening 5 minutes. A goal apiece for the Mayfield strikers, Sophie Miller and Megan Hart, gave the home team an early advantage. Another two goals inside the first 20 minutes gave the Mayfield players a lot of confidence that they could go on and win the game.

Emmanuel Middle responded with arguably the goal of the game. A good piece of individual skill from Emmanuel’s right-winger, beating two Mayfield defenders in the process, ended with an excellent shot and fired to the top left corner of the goal.

A powerful free kick from Captain Eireen Joao-Castano extended the lead further for the home team and Mayfield went in to half time with 5-1 lead. 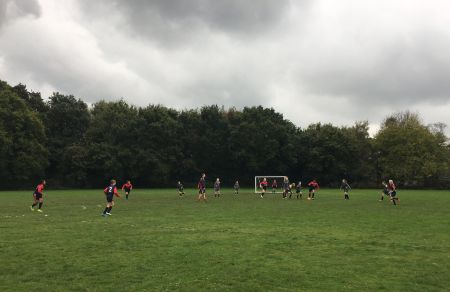 In the second half, Emmanuel started the better of the two teams and managed to claw back two goals in quick succession. However, Mayfield again upped the intensity and went on to score a further four goals, as Sophie Miller completed her hat trick and Megan Hart capped off a fine performance with her second, third and fourth goal of the game.

After an action packed 70 minutes, the game finished 9-3.