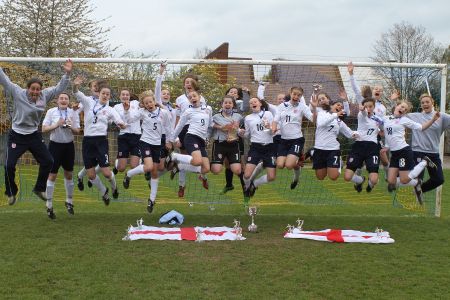 The ESFA are thrilled that former England U15 Schoolgirl squad member, Georgia Stanway, has been shortlisted for the BBC Young Sports Personality of the Year awards!

Georgia, who represented her Country at U15 level in both 2013 and 2014, has successfully been shortlisted alongside nine other sporting hopefuls, for the BBC’s prestigious award. The top three, chosen by an expert panel, will be named on Blue Peter on Thursday 8 December.

After being nominated for the National Squad by her County Schools’ FA, Georgia was successful throughout the ESFA U15 trial process and went on to appear for the ESFA two seasons running. In 2014, Georgia was a selfless figure in helping the ESFA win the prestigious Bob Docherty home nations tournament for the first time.

Georgia was scouted following her International appearances for the English Schools’ FA and has since gone on to help the England U17 girls qualify for the elite round of the UEFA European Championships in 2015 and in the 2016 elite qualifying round in March, Georgia played a full part in both games, scoring once and assisting twice in the key win against Iceland that secured qualification for the finals in May. 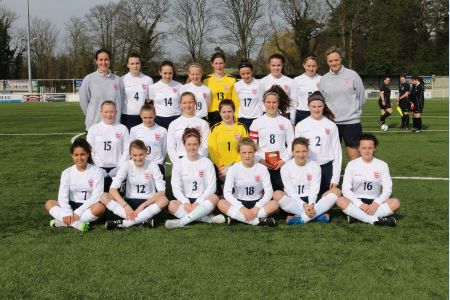 Since being signed by Manchester City Women, Georgia has enjoyed a remarkable breakthrough season and in making 9 appearances and scoring 4 goals, she has helped the team secure their first FA Women’s Super League Title – although missed the final due to being away on England duty at the U17 Women’s World Cup in Jordan.

The ESFA would like to wish Georgia all the best with her award nomination and her the fantastic career she is forging herself since starting off in our International Squad!

You can see all the nominations on the BBC’s website here.