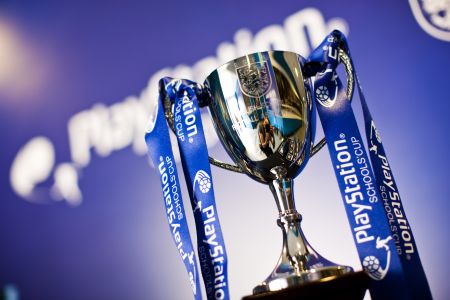 Beauty is in the eye of the beholder, the saying goes. What some find aesthetically appealing is, of course, subjective – but there are exceptions. This cup tie was one. The pitch didn’t help. The lightweight, flat football (an incongruous mess) hindered things also. Luckily for the spectators, there was talent on the pitch. Sporadically, the game held interest – especially the second half. It took at least thirty minutes for anyone to string together three passes.

Opening fixtures often follow this script: players finding a personal rhythm as well as their place within a functioning team. Fitness and sharpness of mind return strangely within the zippy, scrappy pace of a ‘good old fashioned’ cup tie.

Sandbach started with three at the back, McCarthy and Cotterell-Wood as wing backs, with Byrne supporting the lone striker Byford (who played mostly B team fixtures last season and found the net in every game). Given Tytherington had chosen to pack the midfield at the expense of a second striker, the back three seemed superflous, and could not gel. The opener was one of many Tytherington long balls fired from the back, poorly judged by Hockenhull – who came for the header and rose taller than the rest but ill timed. West had a simple finish once he’d run in behind to pick up the loose ball. It remained scrappy. Both sides were playing high lines and Byford was always threatening to ape the Tytherington goal, hanging off the shoulder of the last defender like a ravenous parrot, feeding on scraps. McCarthy struggled to influence things but he and Brookes – also failing to find enough time and space to assert his languid style on things – were responsible for two close chances that ricocheted twice off the post.

In the end it was an own goal, bobbling off the pitch and into the Tytherington goal, that meant all was square at half time. Sandbach moved Hockenhull up to partner Byford, who was always in the game, going to a back four that immediately looked more settled. McCarthy seemed unshackled in returning to a full back role and combined superbly with Byrne, launching penetrating attacks up the Tytherington right flank. Combinations were there now; profligacy was the issue. Whether over-hit through-balls or needless blind-backheels, all the opportunities were squandered. Tytherington hit Sandbach on the break and the sucker punch could well have floored the dominant away side.

There was time though. Welch’s scrappiness and Newton’s sheer determination in midfield and Hockenhull’s sheer presence and determination up top meant Sandbach were always going to have the lion’s share of possession. Newton hit one speculatively from distance and – like the first, the bobble took the ball away from the leaping keeper. A lucky, deserved equaliser. 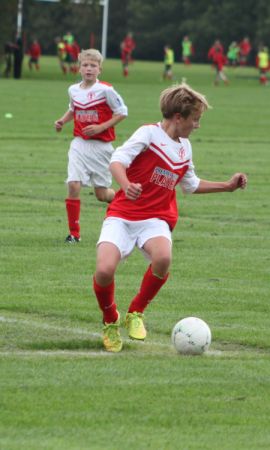 As a balmy summer’s evening crept in, Sandbach scented blood.

Tytherington’s line was nowhere near as high as the first half and there was more space in midfield; Sandbach had gone to two in the centre and the home side had pushed men up to chase what remained of the game. These alterations meant Newton could find a pocket in the centre and had time to push through a neat pass, like gently releasing a bowling ball down the alley for a certain ‘spare’. Hockehull timed his run and latched onto it, taking one touch before slotting it home and running to the corner flag, grateful teammates in tow. Behold: the most aesthetic moment of the game.

Thank you from the ESFA to Sandbach School for sending in this great match report! Following the result of the match, Sandbach go on to play Chorlton at home in the next round, currently planned for 6th October.