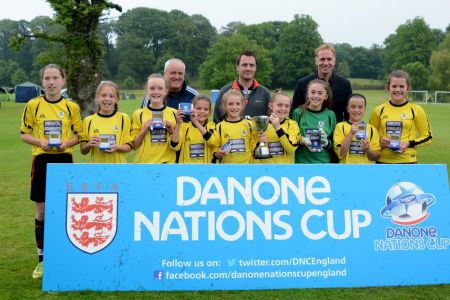 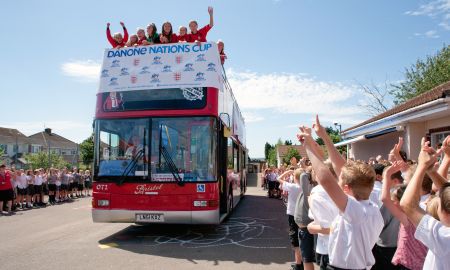 The Bristol Primary school, winners of the Girls’ Cup competition, were treated to an open top bus tour around the City, cheered along by onlookers.

During the final, Hanham Abbot’s Junior School Girls’ team went undefeated through all matches, securing seven points from a possible nine in the group stages and beating opponents in the semi-final and final with a 1-0 score.

Mike Weenink, Head Teacher of the school said ‘I am extremely proud of the girls, it’s a fantastic achievement for the school. Seven of the team are moving on to secondary school, however, I am sure they will all go on to be outstanding footballers and I know they will remember this tournament win for a long time. The open top bus tour was an incredible experience for the team and I am very proud that the whole school came out to give them a heroes send off.’ 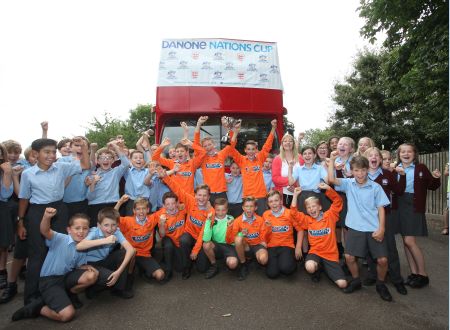 The Essex Primary School, winners of the School Teams competition, were treated to an open top bus tour around Billericay, applauded by onlookers.

Similarly to Hanham Abbots, Buttsbury scored seven points from a possible nine in the group stages and conceded no goals. They went on to a 2 -1 win in the semi-finals and a great 4 - 0 victory in the Schools’ Cup final, crowning them as National Champions.

Charlotte Broos, CSR Manager at Danone said ‘We really wanted to organise a celebration for the team, they were fantastic throughout the tournament and we hope the open top bus tour was the icing on the cake!’ 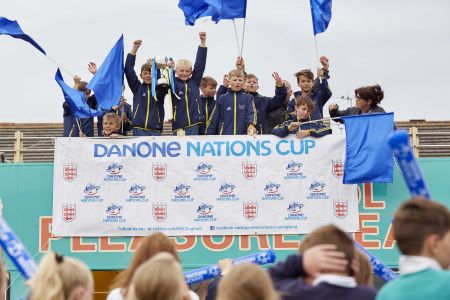 The Cumbrian primary school, winners of the Small Schools’ competition, were treated to an open top bus tour around Barrow in Furness as a reward for their success.

North Walney topped the leader board in the group stages and then went on to a 2 - 0 semi-final win and a 1 - 0 final score, crowning them as National Champions!

Enid Milligan, Manager of the school said ‘I am extremely proud of the boys, they are a lovely bunch of lads and have worked very hard throughout the tournament. The school have not stopped celebrating yet and I doubt we will for a few weeks, what an achievement!’

The ESFA would like to thank Danone for their sponsorship of the U11 competition, which on top of supporting the Girls’, Schools’ and Small Schools’ competitions, allows the winners of the District competition to attend the Danone Nations’ World Cup, which this year will be held in Morocco! It will see Leeds CSFA represent as the English side, taking on and competing against 32 other countries, who have entered the world’s biggest international football tournament to become World Champions!

The ESFA look forward to working with Danone again once more in 2015/16 season.