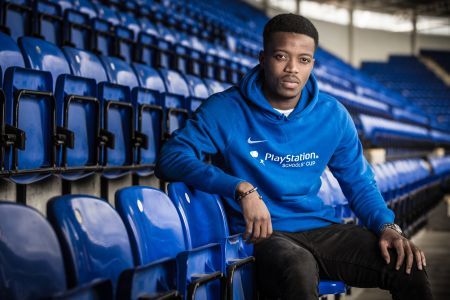 The 2015 ESFA PlayStation Schools’ Cup Festival drew to a close on Wednesday as the Madejski Stadium was once again graced with an incredible standard of schools’ football throughout the day.

Former Reading loanee and current Chelsea star Nathaniel Chalobah made a return to Berkshire to support the event and he was in fantastic spirits having found out earlier in the day that he was named in the England U21 squad ahead of the European Championships this summer. 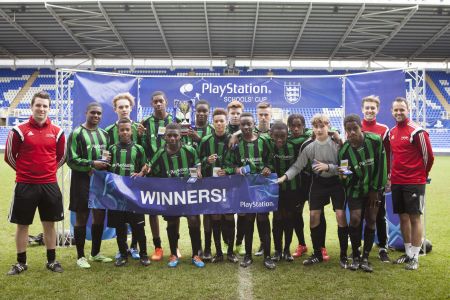 The first game of the day displayed arguably the best standard of schools’ football ever seen as Coombe Boys School got their hands on the Under 14 Open Schools’ Trophy with a 9-0 win over Ribblesdale High School from Clitheroe. Coombe boasts a former pupils list including current Fulham and England Under 19 star Patrick Roberts and based on today’s performance they may have a number of future professionals on their hands right now. 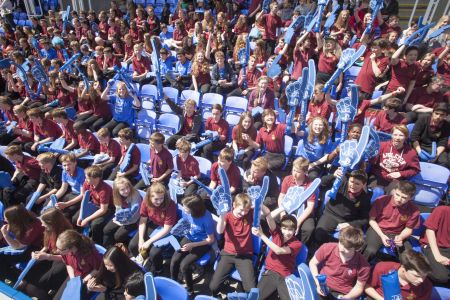 Just some of the supporters for the 2nd match of the day!

While the whole Festival has been played with a fantastic accompanying atmosphere, the second game beat the lot with Summerhill School and Royal Wootton Bassett Academy bringing a combined 12 coaches of supporters to the event. 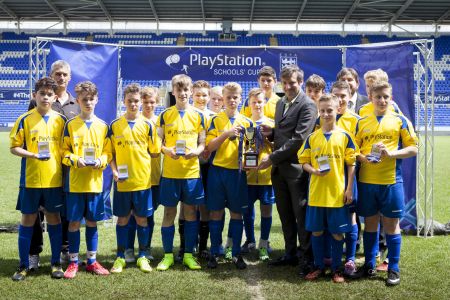 The on-pitch action matched the excitement in the stands with Summerhill, who are the first school from the Dudley borough to compete in a national final, running out 5-3 winners and getting their hands on the Under 13 PlayStation Schools’ Cup. As well as the supporters in the stands, there were also hundreds of pupils back in Dudley who were delirious at the final whistle having been one of many schools to watch the whole game on a projector screen via the live coverage.

Haberdashers Win the Trophy for U15 Schools' Cup for Boys'

The next game may have lacked goals but certainly didn’t lack grit and determination as Haberdasher’s Aske’s Knights Academy and St Margaret’s Academy competed for the Under 15 PlayStation Schools’ Cup. It was Haberdasher’s who would prevail as they fought to a 1-0 win to get their hands on the trophy. 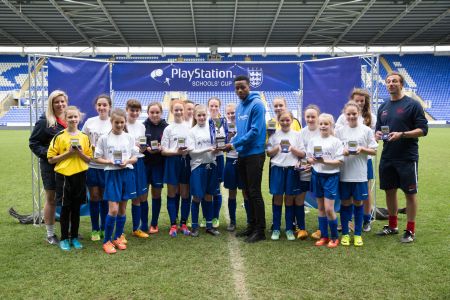 It was the turn of the girls next as South Hunsley High School and St Ivo School competed for the Under 13 PlayStation Schools’ Cup for Girls. Cheered on vociferously from the stands by both fans as well as mascots Ivo the Incredible and Hunsley the Hopper, South Hunsley emerged victorious 4-1 with all four goals coming from captain Jess Park who put in an outstanding individual performance to inspire her team to glory. Nathaniel Chalobah was on hand to watch the end of the game and presented the medals to both the winners and runners-up. 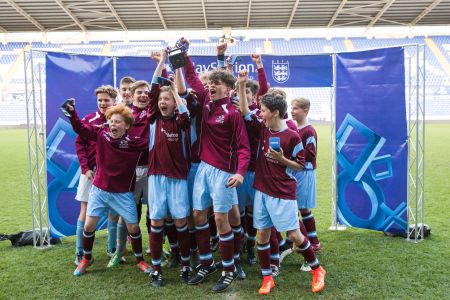 The final game of the Festival ended on a high note with both goals and drama in the Under 14 Open Schools’ Cup. In the end it would be decided by the lottery of a penalty shootout as Oakwood Park from Maidstone defeated South Hunsley, competing in their second final of the day, 4-3 on penalties after a 2-2 draw in normal time.

A special thanks goes out to everyone at Reading FC who made this possible and such a memorable event for the second year in succession. The Madejski Stadium proved the perfect setting for some of the country’s most talented young footballers to showcase their talents and enjoy the game with smiles on their faces. The ESFA would like to thank our partners, PlayStation for all their support this season and to all the participating teams, throughout the tournament, that allowed us to stage such an excellent finale to 2014/15. 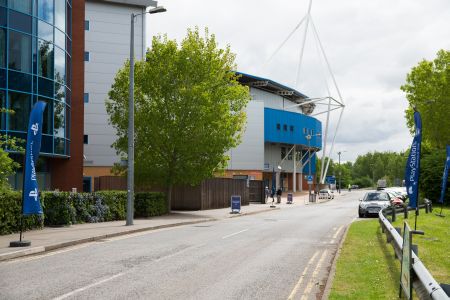