Team England take on the world at Wembley! 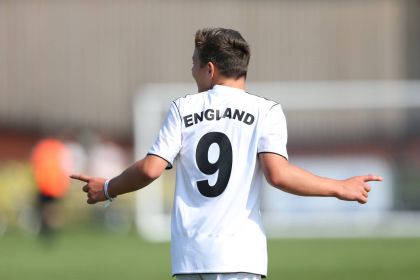 Team England at the DNC

The DNC is the biggest global football tournament for children aged 10 to 12 - over 2.5 million young players from 32 countries took part in it this year.

The England team, made up of players from Cardinal Heenan School and Emerson Park Academy have been training hard over the summer – Danone ambassadors Paul and Tom Ince visited them at school at the end of term to offer some tips and tactics.

In August the boys travelled to Wembley for the draw and also took part in a training camp in Derby to ensure they were on top form for the final where they were drawn with Russia, Belarus and Algeria in Group B.

It is the first time the final has taken place in the UK, making it an important moment for the home team.

Below you can follow the life of an (almost!) professional footballer, as Team England prepared for their moment in the spotlight at the World Finals.

The team caught the train from Liverpool Lime Street in the wee small hours of the morning and arrived in London for 8.30am.

They then headed out to Surrey Sports Park in Guildford to get kitted out and have one final training session before the DNC opening ceremony (during which the captain of each country to sign the 'fair play' pledge). By the end of the day the boys had met with, mingled and high-fived almost all of the countries taking part!

It was then early to bed in preparation for the first game tomorrow, exciting!

England played their first 'Group B' match today at 10am against Russia and won 1 - 0. The only goal of the match was scored by Bobby Duncan.

The team played their final match of the day at 2.50pm against Algeria and won 4 goals to 0!

After 11 goals in three matches which bagged them nine points, England are at the top of the table at the end of the first day of play. 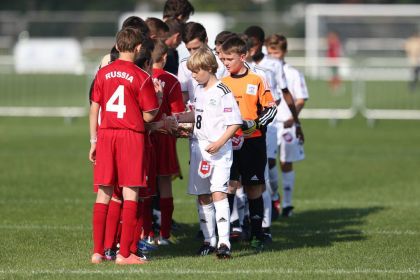 England's 1/8 final match first thing this morning was against the Netherlands. After some near misses and almost total domination by the home side the match ended 1 - 1 which triggered a penalty shootout. Despite a heroic effort England lost out to the Netherlands on penalties however it's still all to play for in the rankings and it's game on for England!

The team face Spain and win 1 - 0 before lunch (goal by Duncan) and took on the Czech Republic at 4pm winning this match 3 - 0, scorers were Connell x1, Duncan x2, what a result!

Off the pitch the boys had the chance to take part in lots of activities and team captain Luca Connell even got to interview Danone ambassador and footballing legend Zinedine Zidane for CBBC's Match of the Day kickabout! 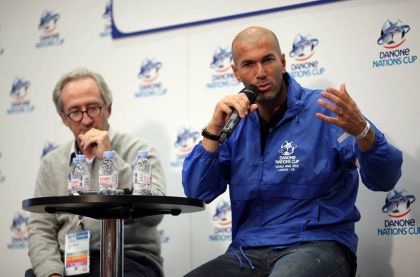 Mr Forgie, England team coach and Heenan PE teacher said first thing this morning: "As experiences go for 11 and 12 year old boys who live for football the DNC has got to be one of the greatest events ever. It's been an incredible journey and we're ready for the big finish. Bring on Wembley and Russia!"

England won 3 - 0 against Russia in front of a lively home crowd to claim ninth place in the competition. After the France v Brazil final (which the French won on penalties) representatives from Danone presented a series of awards to players and Cardinal Heenan's own Bobby Duncan scooped 'Best Scorer' of the competition!

England have played six games over the last two days, they won five and drew one (but lost on penalties). Our boys can certainly be proud of their professional conduct and the 17 goals they've clocked up, well done once again to the team England!