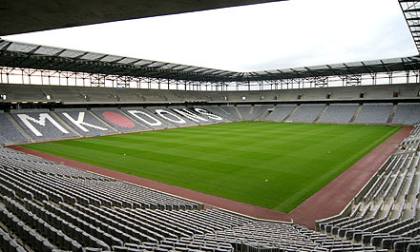 Stadium:mk, home of the MK Dons

The English Schools' FA is pleased to confirm that the final of our ESFA U18 Inter County Trophy will be held at MK Dons FC.