The Danone competition took place at Rowley Park in Stafford on Tuesday 12 February. School Teams, Girls and Small schools were the three categories played with the winners of each category going through to represent Staffordshire in this year’s regional finals at Nottingham University in March.

The Girls competition had six schools competing and was run in a league format, in a collection of very close games the very last game of the competition decided the winners. That game was won by Brindley Heath who went through the tournament unbeaten, drawing a game against eventual runners up Ridgeway. Brindley Heath from South Staffordshire will go forward as the Staffordshire representatives.

The Small Schools competition was played in groups with the top two in each group qualifying for the final. St Marys from Brewood met Harpfields from Stoke on Trent while St Elizabeths from Tamworth played Scotch Orchard from Burntwood. St Marys beat Harpfields to progress, whilst St Edwards required penalties to qualify, with Miss Ray one of the few girls in a mixed team, dispatching the winning penalty with conviction.

The final looked as though it would be a cakewalk for St Marys as they had demolished St Edwards by 5-0 in the group stages. St Edwards whist having to defend dourly came very close to causing an upset and went down to a single goal defeat. Both teams deserve great credit for impressive displays. 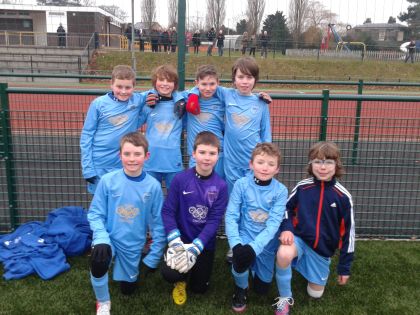 The School team games were played in two groups of 5 with the top two in each group qualifying for the finals. St Edwards from Staffordshire Moorlands were up against Our Lady & St Werburghs whilst Brewood fought out their semi final against Fulfen. St Edwards went through by the narrowest of margins with a 1-0 win after extra time whilst Fulfen powered their way to the final with a comprehensive win against Brewood.

The last match on a bitterly cold day saw St Edwards take the Staffordshire title with a 2-0 win. 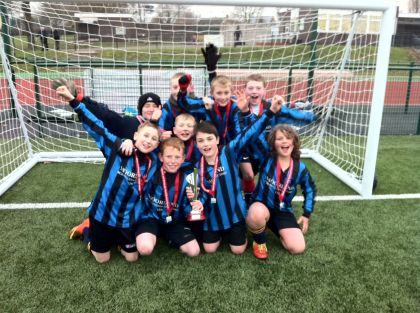 We would like to thank the Staffordshire FA, the staff at Rowley Park, the SGO's, in particular Caroline Smith and Chris Jones from sport across Staffordshire, who made huge contributions to the success of the event. A Special mention should be made of the outstanding work of the match officials who were young volunteers from De Ferrers School and the two officials supplied by the Burton Albion Community Trust.

All of these people contributed to what was an excellent days football none of which would have been possible without the support of the teachers and parents of the players and Staffordshire Schools FA are grateful to all.